How to get here

With Funchal as reference:

View map to see how to get here

This track starts in the same area as “Avalanche Raposeira” but goes west (to the right).

It is one of the easiest trails in the Municipality because there are no single tracks. From start to finish follow the dirt roads. These roads are important in the prevention of forest fires and for the local shepherds in controlling their cattle that graze in the mountains north of Lombada dos Cedros.

The track is flagged by red and yellow arrows from beginning to end. The terrain is generally quite even but requires some attention due to the possibility of loose rocks.

At the half way point it’s mandatory to stop and admire the winding roads in the mountains. Striking scenery! 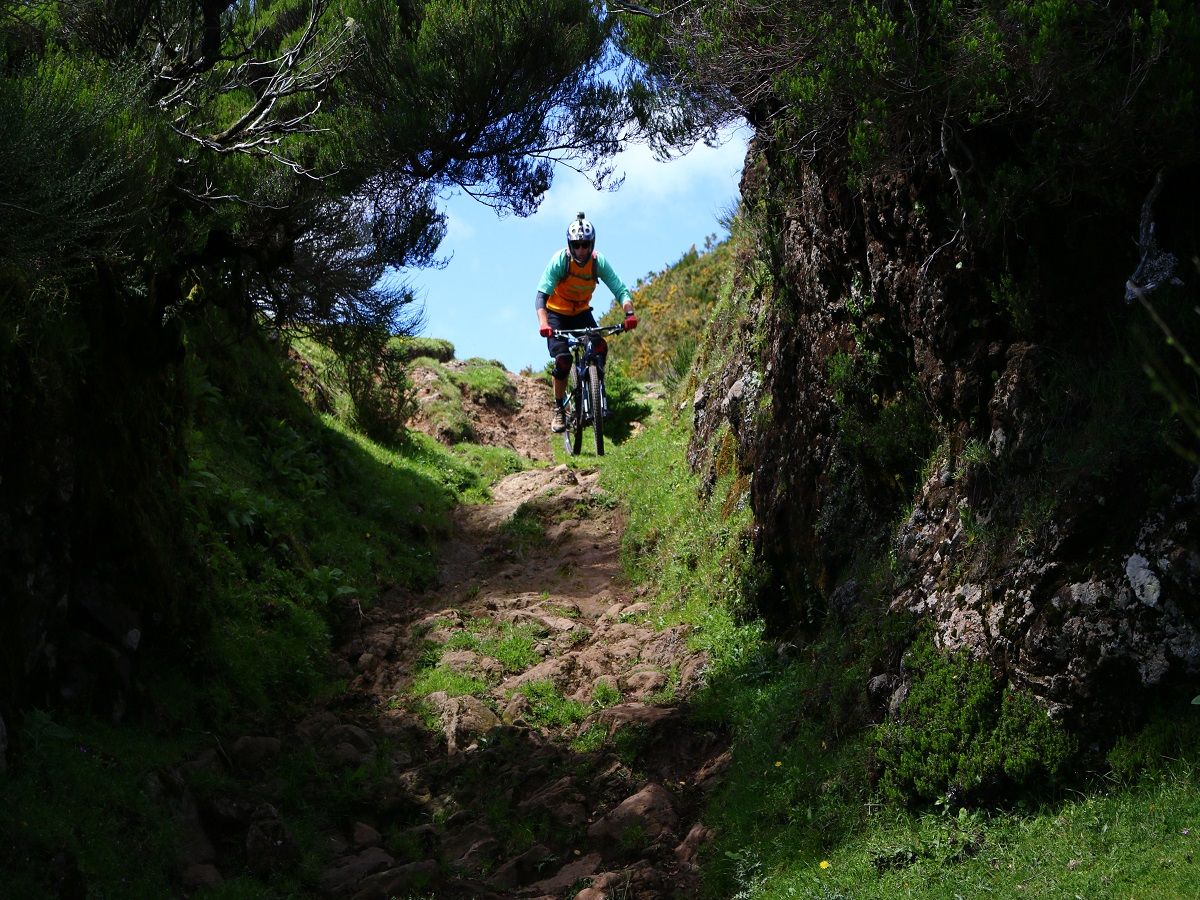